As Thailand’s leading container terminal operator, Hutchison Ports Thailand (HPT) has enjoyed two decades of continual success, dominating the country’s market share while ensuring sustainable growth. The company is especially committed to reducing its environmental impacts and is at the forefront of Thailand’s green innovations within the port and terminal industry, having invested heavily in electric-powered machinery.

Since 2002, HPT has been operating several container/general cargo terminals at Laem Chabang Port, Thailand’s economic gateway, and is widely acclaimed for its exemplary standard of operations and services. Entering its third decade, the terminal operator aims to grow sustainably and achieve its corporate social responsibility goals.

From the beginning, the dedication of HPT’s employees has always been evident. For example, the first container vessel to ever call at an HPT’s terminal, Heung A Shipping’s Sandy Rickmers, was welcomed by only 150 employees, who successfully unloaded and loaded 400 containers at Terminal A. Two decades later, HPT currently employs more than 1,300 people. The expertise, experience, and determination of its staff enabled HPT to recently reach a new milestone, the handling of its 35 millionth TEU of containers.

Beginning its third decade of operations, HPT is steadily continuing its upward growth trajectory despite the challenges plaguing the industry and the world’s economy due to the COVID-19 pandemic.

In the first half of 2022, HPT experienced 10 per cent year-over-year growth, which is a testament to its outstanding terminal operations.

Furthermore, during this period, it handled more than 1.92 million TEUs, increasing the company’s market share at Laem Chabang Port to 41 per cent.

Additionally, in response to the current unpredictability in the shipping industry, HPT has adapted its operations to be more flexible. This has helped the company to mitigate the impacts of delays and schedule changes, yet it has managed to maintain its signature standard of excellence. Serving ocean carriers with diversified service routes is another factor that helps HPT stay resilient, despite reduced volume on some trade routes.

In carrying out its mission toward sustainability, HPT attaches importance not only to the environment but also to its employees and surrounding communities. Implementing advanced technology, for instance, reduces the negative impacts of terminal operations on the well-being of HPT’s employees and the environment.

With the ability to reach out to over 24 rows of containers, the new ship-to-shore cranes can accommodate Ultra-Large Container Vessels. Equipped with a safety system that prevents cargo damages during container loading and unloading, these state-of-the-art cranes enable HPT to provide the best and most reliable services to its customers.

Additionally, the company plans to introduce eighteen new electric-powered trucks this October, including nine conventional and nine autonomous trucks. Adding to the six autonomous trucks already in operation, Terminal D will boast a fleet of fifteen autonomous trucks in total, a milestone reflecting HPT’s commitment to operating as Hutchison Ports Group’s flagship terminal. The terminal’s unique hybrid trucking operation seamlessly combines automation and human efforts and underscores HPT’s success as a ‘smart port’ operator, with more than 100,000 containers having been moved by autonomous trucks to date.

This phase of development is due to be completed in three years. Once completed, Terminal D will be able to support the handling of up to 3.5 million TEUs per year, with added yard spaces for both dry containers and reefers. Other upgrades include the installation of automatic terminal gates and a building renovation.

Upholding the Hutchison Ports Group’s philosophy that an organization’s identity lies upon its people, HPT regards its employees and communities as its utmost priorities. Thus, sustainability—whether social or environmental—is at the heart of the company’s operations. In April last year, the company teamed up with the Faculty of International Maritime Studies, Kasetsart University, Sriracha Campus, to further extend the scope of their Go Green program. The two organizations jointly carried out various environmental activities throughout the year, from creating green spaces around the university campus to campaigns such as ‘Plant from Home’ and ‘Upcycling: Giving Waste a Second Life’.

Despite the global economic stagnation and intense competition in the terminal business, HPT aims to adhere to its unrivalled standards and continually expand its service capacity. Moreover, it is committed to maintaining the strengths that have garnered the trust of ocean carriers worldwide for two decades. 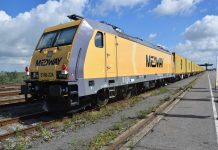 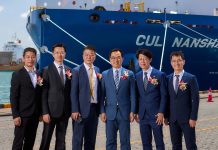 CULines’ Chairman Shares Story behind the Success in Rapid Expansion 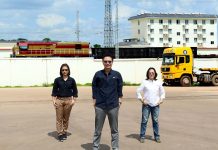 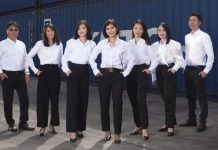 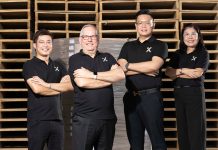 LEO Prepares for 2022 with a Sales Kickoff

Toll Group Moves the Businesses that Move the World with Local...