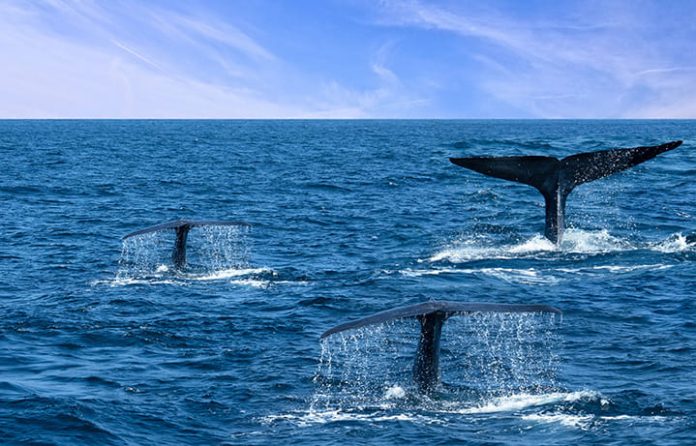 Mediterranean Shipping Company (MSC) has demonstrated its commitment to sustainable ecosystems by helping to protect blue whales and other cetaceans living and feeding in the waters off the coast of Sri Lanka, by changing its navigational course to be in line with the advice of scientists and other key figures in the maritime sector.

As a global leader in container shipping, MSC began in mid-2022 to re-route its vessels near the coast of Sri Lanka by approximately 15 nautical miles to the south of the current traffic separation scheme (TSS) for commercial shipping. MSC specifically followed the guidance based on the research survey completed and provided by the International Fund for Animal Welfare (IFAW), with the World Trade Institute (WTI), Biosphere Foundation, University of Ruhuna (Sri Lanka), Raja and the Whales, and University of St Andrews (UK), and additionally endorsed by the Worldwide Fund for Nature (WWF), to change the routing for its vessels.

Sri Lanka is situated in the Indian Ocean, between Asia and Europe, and the port of Colombo acts as a major transshipment hub for global trade.

‘Reducing the risk of ship strike by as much as 95%‘

The section off the southern coast of Sri Lanka is one of the busiest shipping lanes in the world and is inhabited by large populations of cetaceans, putting the animals at risk of a possible collision with each passing ship. Furthermore, simulation demonstrations have shown that moving the official shipping lane 15 nautical miles to the south could reduce the risk of collision with blue whales by as much as 95%. Despite the years of advocacy by scientists, the shipping industry and NGOs have not reassigned the official shipping lane to prevent these ship strikes on cetaceans from occurring.

MSC has taken various measures to protect marine wildlife by adapting its shipping service networks to keep away from designated whale breeding and feeding grounds. Moreover, with the reduction of vessel speed and the re-routing of ships, MSC can further avoid areas with marine wildlife populations. Moreover, MSC’s core approach is the desire to create a multilateral action in close collaboration with governments, industries, academia, and other dedicated organizations.

“We believe that the commercial shipping sector has an important role to play in protecting cetaceans, specifically in helping to reduce the risk of ship collisions with whales. MSC is proud to rank at or near the top of whale safety shipping rankings. However, we are not at all complacent. We believe that raising awareness of these issues and encouraging collaboration between industry, scientific bodies, civil society, and governments is essential as we strive collectively to do more to minimize the risk of ship strikes,” said Ms Stefania Lallai, Vice President of Sustainability at MSC.

In Sri Lanka, the liner shipping industry led by the World Shipping Council, of which MSC is a member, has advocated the development of a new official marine traffic scheme that is completely separated from the blue whale feeding area. They are hopeful that all large-scale commercial marine traffic moves to the more southerly zone that MSC ships are now guided to follow. Therefore, MSC urges all other ship operators to consider choosing a more southerly route past Sri Lanka to greatly reduce the possibility of whale strikes moving forward. 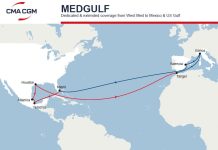 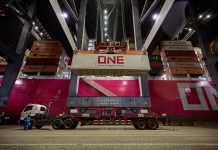 ONE to Resume Import of Dangerous Goods (DG) into Bangladesh