The Port of Seattle announced changes this week to maintain the safety, health, and well-being of passengers and employees using Port facilities, including Seattle-Tacoma International Airport.

The new protocols build on steps the Port began taking one month ago when public health officials first announced that a Washington resident was ill with the new novel coronavirus. The protocols support other actions being taken by maritime and airline partners and federal agencies.

“The Port, along with our aviation, maritime operators, and federal agencies are working together for the safety of our passengers and employees,” said Port of Seattle Commission President Peter Steinbrueck. “Our port’s transportation facilities play a critical role in the local economy, millions of people and their personal lives. We appreciate the efforts of all employees and partners who are doing everything possible to keep travel safe for all.”

The Port continues to participate in, coordinate, and lead emergency response training for first responders, aviation and maritime operators, and federal agencies.

Tourism is one of Washington’s leading economic sectors, supporting tens of thousands of jobs statewide and providing millions in revenue to the region. Between February 2 and March 7 more than 80 flights have been suspended to mainland China while airlines have recently announced reductions and cancellations to Seoul, South Korea and Hong Kong. 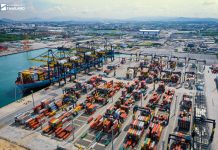 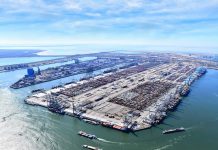